Peter Mark-Hodges, a successful writer, feels that his life takes a fatal turn by receiving the news that he has an inoperable brain tumor. Not even in his most chilling plots would he think about such situation. His son Jake, the center of his life, is just 10 years old, and is emotionally and financially dependent on him. After a risky operation, Peter survives but life gives him yet another surprise. His brain starts to play tricks on him. With the removal of the tumor he receives an uncanny gift of transforming what he writes into reality becoming the target of powerful groups, who see it as an opportunity to control the world. 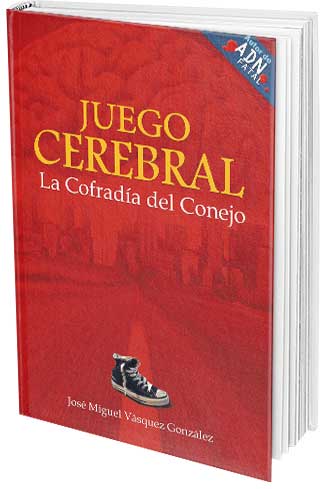 I started writing Brain Games shortly after having completed Fatal DNA. In fact, the idea for the plot came as I was finishing writing and was germinating in my mind during the process. While I was thinking about taking a break after finishing Fatal DNA, the history cried out to be written. And the stories must be respected. If it was bidding for birth, I had to give it the push. One day, out of nowhere, I thought –perhaps in a post-writing rapture- what would happen if a writer was awarded with the “power” to bring life to his texts. While it was a superhero fantasy, I focused on getting a way to make the story believable. That led me to do some research on the brain, until I found what I was looking for.

Let me be clear, because it is a frequent question, I do not project into Peter, in fact I don’t with any of my characters. All of them have a little bit of me, but so of you. I don’t think it’s a good shield the project into a character, having so much material to give them life. But let’s stay in the subject. Brain Game is a trilogy. Its first volume, The Rabbit’s Brotherhood, tells the setup, the investiture of Peter Mark-Hodges with said power. Actually, when I started writing, I did not think of it as a trilogy; but as I went through the pages, I realized I had a lot of material to describe and that’s when I decided to split the story into three parts. At the end of The Rabbit’s Brotherhood, the adventures of Peter and his friends are just beginning. 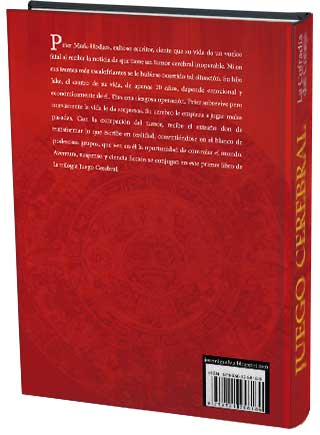 The second volume, which is very close to be delivered, promises an even bigger emotion load than the first one. Even though Brain Games explore a very different plot line than Fatal DNA, I’ve found people whom like BG more and viceversa. I’d love to know what do you think. I understand it is a matter of taste, but I am just curious. What I can promise you right now is that the continuation will get you grabbed to your kindle.

Readers of Brain Games have told…

Hi Jose! My name is Carlos Sarpi, I am actually reading “Brain Games”. I was very blinded to read books like Hola José! Soy Carlos Sarpi, estoy a mitad del libro «Juego Cerebral» estaba muy cegado a leer libros como The Analyst, The Madman’s Tale, Just Cause… you will recognize the author. I entered into a Nacho’s bookstore and vaguely read the backcover of Brain Games. It totally got me and I would like to give you the more equivalent expression to a hug, because in none of my more beloved and used books I found this kind of Fiction. With this huge load of suspense, I want to ask you, more than putting a smile on your face, to ask you about the next installments… and to lear more about Fatal DNA… I totally got caught by your writing… I’m just a 24 years old musician, but you will be able to understand my surprise when I looked more about the author of this book! I never thought it was a Venezuelan! I wish the best success

WOOW! This is the first time than a Venezuelan author got me from the first word. Let me tell you than I almost burnt my cooking for being so immerse in the history. I can’t wait to the second installment. There is no way I could predict how will it unfold. I could think about a possible ending, but I might easily be wrong, but this is about, exploring the possible plots. THANK YOU!!!!

I just wanted to write you a few lines to congratulate you after finish reading “Brain Games”. Excellent, I really enjoyed it, it drove me amongst suspense and anxiety. My only complaint is that there is no ending…. I just discovered Brain Games is a trilogy. I would like to know when the next volumes will be available. I can’t wait to know what will happen with Mike and Christine, and mainly if they recover (hidden to avoid a spoiler). I congratulate you again, keep writing like this and you will be recognized for many of us whom like reading.

I am a loyal reader of your books. I am a filmmaker and I have developed a great interest by Brain Games. I would like to know if it is possible we meet and talk about the possibility of taking this book to a film. I am about to present “The Shrink”, a movie about the case which took Edmundo Chirinos to jail. 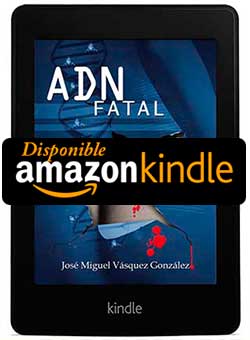 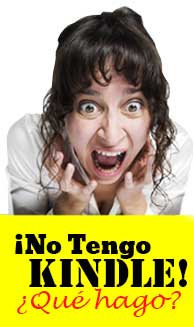